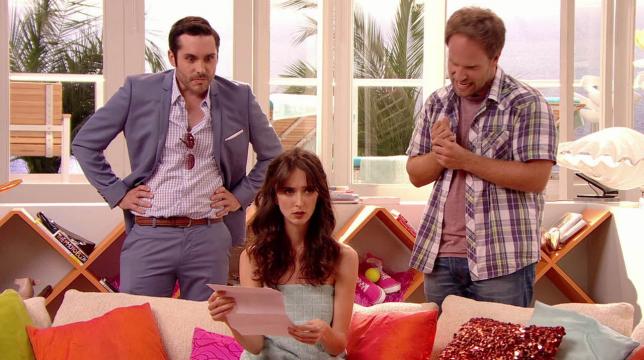 Max Fowler plays regular Krispin Stockley in POWERS. The series based on the award winning comic books is a combination of noir police story and real world superheros from the producers of ‘Breaking Bad’ and premiers this month for Sony. Also premiering this month, Richard Teverson features as Lib Dem politician David Laws in Channel 4’s new political drama Coalition which details the days after the 2010 general election and the formation of the current government. Joe Sims is in BBC 3’s second series of Uncle and Geraldine Alexander is in ITV’s period drama Arthur and George. Over on Sky catch Cosima Shaw real time medical drama Critical and Joseph May in new comedy I Live With Models for Comedy Central. Meanwhile Robert Hands can be seen playing Henry in the BBC’s 7-part fantasy drama Jonathan Strange and Mr Norrell. Also for The BBC Thomas Coombes plays Stefan in the final series of Wallander opposite Kenneth Branagh whilst in the US Ken Bones plays regular Annas in the 12 part Biblical drama AD from Lightworkers Media, premiering Easter Sunday.  In UK cinemas Tom Edden plays The Lizard Footman in Branagh’s live action Cinderella released on the 27th of March and Jodie Mcnee plays Rosencrantz in The Manchester Royal Exchange’s Hamlet with Maxine Peake, in cinemas now.

Lisa Palfrey will join the regular cast of BBC2’s police corruption thriller Line of Duty which returns for a much anticipated third series. Also for BBC2 Jay Simpson plays Ernie in new 8 part comedy drama From The Cradle To The Grave written by Jeff Pope and based on the memoirs of Danny Baker. Natasha Gordon will play Pearl, Danny’s older sister in Danny and The Human Zoo a 90 minute semi autobiographical drama written by Lenny Henry for RED productions. Thomas Coombes will play Kieran Benson in CUFFS an 8-part police drama written and created by Julie Gearey for Tiger Aspect/BBC1. Meanwhile Richard Teverson reprises his role as Dr Ryder in series 6 of Downton Abbey and Joe Sims will feature in the third series of Endeavour directed by Sandra Goldbacher for ITV/Mammoth Screen.

Richard Dempsey will play Reggie Byng in Damsel in Distress at Chichester Festival Theatre this summer. The musical with songs from George and Ira Gershwin is based on the novel by P.G Woodhouse and is well-known from the popular 1937 comedy film. Daniel Rabin joins the cast of the rarely staged King John directed by James Dacre for The Globes ‘Season of Plenty ‘and Scott Karim will play Morocco in The Merchant of Venice directed by Jonathan Munby also for The Globe. Ferdy Roberts plays Stefano in Anders Lustgarten‘s political two hander Lampedusa at The Soho Theatre directed by Steven Atkinson.