Andrew Koji begins filming season 3 of martial arts crime drama Warrior this month for HBO Max. He returns as prodigy Ah Sahm who emigrates from China to San Francisco in search of his sister, becoming hatchet man for one of the most powerful “tongs” in Chinatown. Also returning to filming is Oliver Dench as Lucian Ainsworth in Season 2 of Brit Box original series Hotel Portofino. Set in the late 1920s, this beautiful period drama sees Lucian as a First World War survivor battling both his inner demons, a complicated family life and the rise of Mussolini’s fascism in Italy. 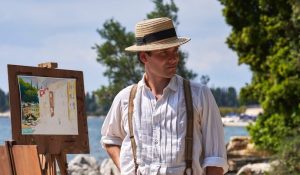 Gavin Spokes remains busy with Slow Horses next on his slate, Apple TV’s spy thriller series based on Mick Herron’s novels and starring Gary Oldman. Jakob Diehl joins an all star cast in The New Look, a biographical drama about Christian Dior set in post World War 2 Paris also for Apple and George Parker has been cast in the lead role of Henry Ashe in new Netflix drama Bodies. John Mackay has completed filming on both Steve Knight’s adaptation of Great Expectations for the BBC and ITV’s Nolly, Russell T Davies take on the legendary Noele Gordon with Helena Bonham Carter.