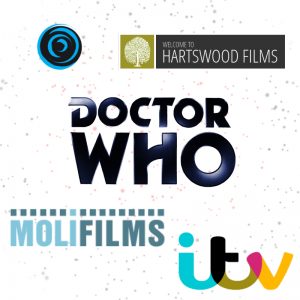 Ken Bones has been confirmed for the Doctor Who 50th Anniversary episode, details of which are being kept a closely guarded secret but has been written by Steve Moffatt and will be directed in 3D by Nick Hurran.  Pooky Quesnel and Jay Simpson have both signed up to Hartswood Film’s The Guilty, a 3 part drama for ITV  directed by Ed Bazalgette which deals with the fall out after the disappearance of a 4 year old boy.  Del Synnott joins the cast of  The Great Train Robbery playing gang member Brian Field and featuring in Julian Jarrold and James Strong’s separate films for World Productions charting The Robber’s Tale and The Policeman’s Tale. Cosima Shaw, meanwhile, shoots new Warner Bros pilot The Selection set in an apocalyptic world and helmed by Alex Graves. Sara Powell and Robert Hands film guest roles in Love & Marriage, Tiger Aspects news comedy drama whilst Rocky Marshall completes filming on Montana, a British vigilante thriller set in London’s East End and directed by Mo Ali.