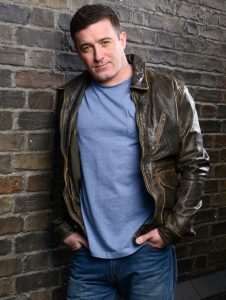 Eastenders has announced the planned arrival of a new bad boy in Walford! Congratulations to Daniel Coonan who has been confirmed in the role of Carl Parker and will land in Albert Square early summer. Daniel was last seen in BBC’s May Day as well as recently working with Mike Leigh on his stage revival of Ecstacy. Vincenzo Nicoli, meanwhile, joins Mr Selfridge for Series 2 of the popular ITV drama set in and around the world famous department store. Playing the regular new character of Uncle Giovanni, the first block will be directed by Anthony Byrne and shoots this month. Also returning, shooting in London and LA from May is Episodes, the Hatrick/HBO co production which sees Joseph May reprise his role as Andy Button for Season 3.